I am writing a series of blog posts about Teatr Chorea‘s Retro//Per//Spektywy festival, “Sztuka Promienuje,” (Art Radiates), celebrating ten years of the company.

Part One: Introduction and festival preview

“All throughout the city, artists are arriving. From Kraków, from Lublin, from Gdańsk and Warsaw; from Norway, the Czech Republic, Israel, and Belarus. Our rehearsal on the top floor of the Art_Inkubator is being replicated in every room in the building, as over twenty performances are staggering to their legs at once. Many of the performers are running from one rehearsal to the next. Students, free from university for the summer, are stretching on wood and Marley floors. People are taking time off from work, neglecting their boyfriends, and sinking into the whirlpool of Retro//Per//Spectives.”

This-82Things-is a new blog format I’m trying out, inspired by the way in which HTMLGiant deals with the pervasive “listicle” format. Their list-articles seem to me to have more to do with “13 Ways of Looking at a Blackbird” than with BuzzFeed.

I was particularly inspired by John Rufo’s list-review, “Sortes Poundianae“. It seemed to me that the list format also referred interestingly to the way the Cantos, themselves, do not hold together. The way it is so difficult to make over-arching claims about Pound’s life. The way that Pound’s “do-I-contradict-myself”-ness contradicts himself so consistently.

So–this is my attempt at a listicle/round-up of my own, 82 items long, not related by theme or argument, only by a nine-day timespan. Rather than (or as well as) posting things when I read them, to Facebook or elsewhere, I am accumulating them here, with some commentary.

The title quote of this post is one of the lyrics from composer Huang Ruo’s new opera “Dr. Sun Yat-Sen.” (This is a translation: the original is in Mandarin.) It’s a chorus of people singing about “the state of the country under the Qing dynasty,” (see article here) but I found the line relevant to so many things we’ve all been thinking about in the news recently recently…Israel, Palestine, Gaza…Hungary…Ukraine, Russia, Poland…

“The all-pondering, all-contriving head,
Weary with all things, wearies of the years;
And our sad spirits turn towards the dead…”

I do like “the all-pondering, all-contriving.” Unfortunately, the first two stanzas that get you there are pretty general and negligible; only the third has gas in the tank. I keep running into poems like this, older poems, where there’s an elaborate heap of setup for the only worthwhile part. I am probably too dismissive of them; I remember a teacher telling me once, in response to my saying that “The Raven” was too long, that this was a form of entertainment, like a television episode, and that people didn’t *want* poetry to be shorter. They wanted it to last awhile. But now, I suppose, we expect PASSIONATE INTENSITY from every line-crevice.

2) “Gallivanting around the cosmos is a game for the young.”
– James T. Kirk, The Wrath of Khan

Gallivanting!
Is it possible that I have never watched The Wrath of Khan before August 1, 2014? Despite being an avowed Trekker? [Ed: And despite it being released in the year I was born??]
It would seem so.
It seems utterly new to me.

END_OF_DOCUMENT_TOKEN_TO_BE_REPLACED

These are the Polish theater articles thus far in 2014. The first series is ongoing: there will be more in another month or so.

If you’re in or around Łódź on August 22, 2014, join us for Teatr Chorea’s musical presentation of the epic of GILGAMESZ, presented as part of their third annual RETRO//PER//SPECTIVES festival. The festival is from August 21-25 and features a wide range of visiting productions and international guests, as well as theater workshops and Chorea’s work from the last two years.

after a year teaching English, media studies/theater, and creative writing at the University of Łódź, I am now in Kraków for the time being. It’s summer, which means rain, heat, and word-generation.

2014 writing projects:
– TO SEE THE STARS, a song cycle about telescopes and astronomy, with composer Faye Chiao.
– SUSANNAH 2000, a genre-bending space opera about singing telepathic aliens. With composer Liam Wade.
– the thing I am tentatively calling “An Invitation to Poland,” which is a memoir. This is in the stage of “Many pages of notes and drafts.”

And of course, once we cross into the land of 2015, in January, PENNY (music by Douglas Pew) premieres at the Washington National Opera. (Tickets!) PENNY is now in the stage where it’s all about the music, but that doesn’t mean there might not still be some word-generation required of the word-generation algorithms. You never know. Mostly, however, I now get to hear what sorts of songs come in and out of the words. This is the fun part.

But before any of that happens, it’s time for Teatr Chorea’s 3rd annual Retro//Per//Spectives festival, which happens every two years in Łódź. I will be singing in their GILGAMESZ again, on the 22nd. If you are in or around the Greater Łódź area, join us. Festival website here: http://retroperspektywy.com/

PENNY, the hour-long opera about an autistic woman, Penny Rutherford, who develops a talent for singing, begins to explore a musical career, and finds herself in conflict with her family, will premiere, presented by the Washington National Opera, at the Kennedy Center’s Terrace Theater on January 23 and 24, 2015. This is a commission of the American Opera Initiative. Music by Douglas Pew, words by me. PENNY is an original, fictional story.
Tickets here.
Blog about the AOI PENNY commission here.

Last year:
– Lived in Łódź
– Taught English and creative writing, as well as documentary theater and a class on hybrid forms (comic books, etc.) at the University of Łódź.
– Greatest accomplishment: obtaining Polish residency/work permit.
– Wrote many drafts of many operas. Of which more, shortly.

Articles:
I started a series called “A Polish Theater Cookbook” at HowlRound.com and got through the first six posts, linked below. More of this is forthcoming. Also wrote about Teatr Cinema for NITENews. See “Writing” for links.

Performances:
A GAME OF HEARTS at Opera America in NY
Many performances of THE LORELEI, THE ALBATROSS, AND THE PINE-TREE by ParOct and MOVEIUS in Baltimore/DC

Sang:
In the first LULABAJKI, one GILGAMESZ, one PIEŚNI ŚWIATA, and two BACHANTKIs with Chorea Theater in Łódź. Another GILGAMESZ is coming up soon at the Retro//Per//Spectives festival in August.

Things in progress:
PENNY at Washingtonian Nat’l Operalia: (American Opera Initiative commission) many drafts written. You can now buy tickets. It will happen on Jan 23 and 24, 2015.

Things remain:
To be seen.

There, now we’re all caught up. 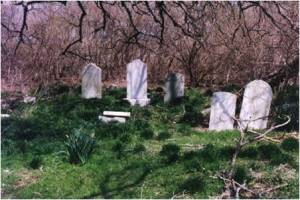 With video projection designs by students from the “Auteur 101” class in the Film & Media Studies Program at JHU, under the direction of Mónica López-González.

Many thanks to all who participated in ANTH III at the Creative Alliance. Pictures and video are being edited and forthcoming.

On Monday, July 29, at the Creative Alliance, the Parallel Octave Chorus and students from “Auteur 101: Short Film Laboratory” @ JHU will present the third annual screening of short films based on poems.

Sample student film, Catherine Wityk’s “To See A World” (based on a fragment of William Blake’s “Songs of Innocence and Experience”):

The screening will be followed by a live improvisation / collaboration session with the audience, where we read aloud poems with live acoustic music. Free kazoos, noisemakers, and other sound-generating items will be distributed to all of the audience–or you are welcome to bring your own instruments!